The History Behind Coach Apple 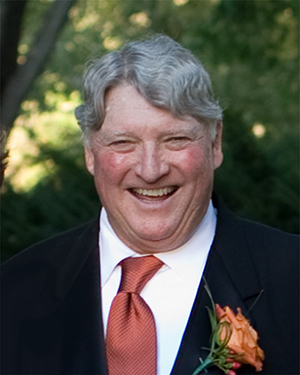 Where would you go if you wanted to learn practically anything about water sports, particularly competitive swimming? For close to 50 years John Apple was the ultimate authority for such information. Nearly anyone who has been around Lancaster County swimming in the recent half century has felt, either directly or indirectly, the influence of John’s expertise in the field. His passing on January 22, 2013, left an enormous rift in the fabric of competitive swimming in the area. He was indeed a student of swimming and brought to all those he coached leadership, innovation, and enthusiasm. A quick look at the Remembering John link on this website will give testimony to the number of people who bear his mark.

John was a product of local academia, graduating from Lancaster McCaskey High School and earning graduate degrees from West Chester University and Indiana University. There he studied under James “Doc” Counsilman whose textbook The Science of Swimming was considered the Bible of competitive swimming when it was published. During his 38-year tenure as an associate professor in the Department of Wellness and Sport Sciences at Millersville University, John did extensive graduate work and doctoral study at Louisiana State University and Temple University.

John first established himself in the world of competitive swimming as a high schooler who was named the Lancaster YMCA’s Most Valuable Swimmer. He continued his swimming success as a member of McCaskey’s district, regional, and state championship 200 freestyle relay team, setting many records along the way. Closing out his competitive career at West Chester University and Penn State, John went on to serve Lancaster County swimming as a summer coach at Woodridge, East Petersburg, Manheim, Millersville, and Skyline pools, as well as Lancaster Aquatic Club, the Lancaster YMCA, and Five Star Swim Club. Following several seasons as manager and board member, John and his wife Deb owned and operated Skyline Swim Club from 1978-1986. In 1966 and 1977 he was elected president of the Lancaster County Summer Swim League, and from 1974-1982, he served as the Lancaster County chair of the “save-a-life-swim-for-cancer” program, which raised thousands of dollars for the fight against cancer. His contributions to Lancaster County swimming were recognized with awards from the American Cancer Society, where he was a board member, the American Red Cross, and the Lancaster YMCA.

In 1964 John was hired by Millersville State College as an instructor and head swim coach. In his years at Millersville John taught 16 different courses, 8 of which he developed and introduced. From aerobics to racquetball, scuba diving to kinesiology, and lifesaving to exercise physiology, John contributed enormously to the evolving physical education curriculum at Millersville. He also coached soccer and tennis, taking the ’69 team to the PSAC championship, but it was in competitive swimming where he excelled as a coach. During John’s tenure as head swim coach, he produced 7 PSAC champions and 7 swimmers who qualified for Nationals.

John’s list of accomplishments goes on and on. Later in his teaching career he served as an expert witness for several local law firms in aquatic cases. He published articles on the dangers of underwater swimming. He was a guest speaker at countless clubs and organizations. WGAL television even filmed a feature on his innovative scuba program at Millersville. His years of coaching were recognized by Millersville University with an Outstanding Service Award presented by the student-faculty athletic committee. His retirement from Millersville followed in 2002 when he was named Professor Emeritus.

Perhaps the ultimate accolade to John’s coaching was that many of his swimmers went on to successful coaching careers in high school, college, and club teams. John’s knowledge of stroke technique and his ability to identify common stroke errors and prescribe changes was ground-breaking in Lancaster County swimming. For many of his swimmers, their initiation to the study of stroke technique came at his hands. Terms like ballistic arm recovery, tonic neck reflex, and s-curve pull became a common part of the local coaching vocabulary due to his influence. He was an innovator in using underwater film to diagnose swimming strokes and in using weight training to build strength. Having his 1964 team walk on crutches for several weeks to build upper body strength was recognized in an article that appeared in Sports Illustrated.

Indeed, John Apple’s influence on the world of competitive swimming was vast. While his passing marked the end of an era, his influence will continue to be felt for years to come. The John Apple Swim Fund hopes to keep his legacy alive by encouraging local competitive swimmers to excel in both sport and academics as they pursue their dreams with John’s energy and enthusiasm. 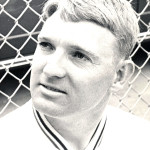 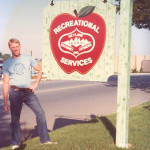 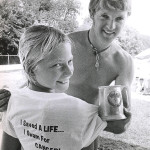 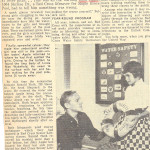